American food and the flavors of diversity 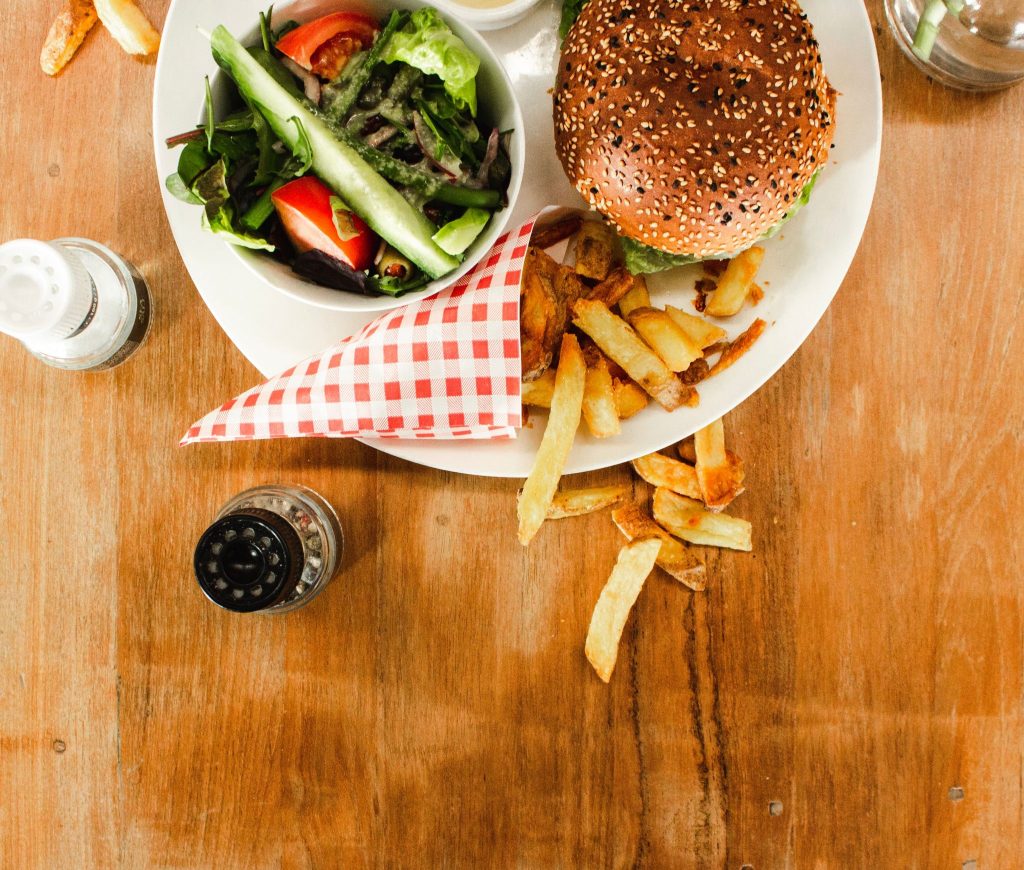 When you think about American food, what comes to mind? If you ask Americans, many will say hamburgers, french fries, or anything fried, greasy, and fast. Chef Dan Barber believes that American food culture is a meat culture. Steak, chicken, bacon – if it’s meat, it can be found in an American plate. But what may surprise you about American food is its diversity.

The food we eat is often a reflection of our values and culture. Family meals and favorite foods often tell a story about about the country, the land, climate, political influences, its history, and its people. Recipes and cooking techniques are often passed down from generation to generation. As people migrate and settle in different parts of the world, favorite foods and cooking traditions are brought with them. The United States has a long history of welcoming immigrants from all over the world, and our food, including ingredients, holidays, and food culture reflect that. It may not be American in origin, but it is now a vital part of America.

Food culture means the collective practices, attitudes, beliefs, as well as the production, disruption, and consumption of food. It includes how people use food to express identity, celebrate milestones, create connections, establish community, and explore creativity.

The American food culture, like many countries, has evolved over time. As technology, availability, and migration of people across the country has changed, so has the food we buy, grow, cook, and enjoy. In today’s American food culture, meals are often a social activity shared with friends and family. Getting together with others to share a meal, taking pictures of food and enjoying other photos of food, watching cooking TV shows, and following favorite food bloggers, are all an extension of the modern American food experience.

According to John Ikerd, Professor of Agriculture Economics at the University of Missouri, Americans value looking good and choose food that makes them look good. Trends are moving away from processed and mass-produced foods to food that is organic and locally sourced. Americans are becoming more aware of where their food comes from, how it’s processed, and the culture of the companies that produce their food. Ikerd also theorized that the average American wants their food to be fast and easy, whether they purchase it at a grocery store or fast-food restaurant.

Despite the cultural shift towards evaluating food based on appearance and social consciousness, McDonald’s, Pizza Hut, KFC, and other stereotypical American fast-food chains stay popular because of their convenience, familiarity, and consistency. While staple food dishes may vary in different regions of the United States, you can always count on fast-food restaurants like McDonald’s to always provide the same food, flavor, and experience no matter where you go.

The diversity of American cuisine

The types of food that Americans eat can vary by household, region, religion, socioeconomic class, or cultural background. Wikipedia explains that American cuisine, “reflects the history of the United States, blending the culinary contributions of various groups of people from around the world, including indigenous American Indians, African Americans, Asians, Europeans, Pacific Islanders, and South Americans. One characteristic of American cooking is the fusion of multiple ethnic or regional approaches into completely new cooking styles.”

In any American town, you’ll usually find a variety of Chinese, Mexican, and Italian restaurants. In an urban setting, you may experience a more expansive international food scene. However, the taste and offerings may be vastly different than what you’d find in their respective countries. This is partly due to the ingredients available in the United States and the effort to appeal to American customers. But wherever you go, the food you’ll find across America showcases the diversity of its people and is also a reflection of the region.

For example, in the northern part of the Northeast United States, you can find dishes like lobster rolls and clam chowder. In New Jersey, Pennsylvania, and the surrounding states, you’ll discover cheesesteaks, hoagies, or sub sandwiches. Whether you’re in Tennessee, Texas, or Illinois, the taste of BBQ and chili will vary. Cajun and Creole cuisines are popular in Louisiana and were brought to the region by early French and Canadian immigrants. The southwest region is known for their for tex-mex dishes, and in the pacific northwest, you can find a variety of fresh seafood dishes.

In many American dishes, you’ll be able to recognize the ingredients that share origins with your home country or other parts of the world. What sets American cuisine apart is the ability to merge tastes, textures, cooking techniques found in other countries into a unique culinary experience. By mixing different flavors from foreign staple meals, American cuisine truly does represent the diversity of the country’s people and history.

The history of American foods

Just as the English language is a combination of words from different languages, America food is borrowed from all of the great flavors of the world. As people from all parts of the world migrate to the United States, they brought with them their culture, clothing, language, and food. Early in American history, American cuisine was influenced by Europeans and Native Americans. With the westward expansion of the United States, Spanish and Mexican cooking styles were introduced into the culture. As the country grew and more opportunities become available, immigrants from the eastern part of the world brought their spices, flavors, and culinary traditions that expanded our palettes.

What is American food?

If you ask an American their favorite foods, chances are you’ll notice an eclectic assortment of responses such as pasta, stir fry, tacos, sushi, pizza, burritos, and pad thai. But if you ask them what’s their favorite American food, you may hear something like hamburgers, hot dogs, macaroni and cheese, and apple pie. However, all of those dishes have origins in other countries.

While it’s easy to find an abundance of internationally influenced food in the United States, some foods are unique to the country, such as:

The food you eat is often an accumulation of your experiences, the places you’ve been, and your influences. As you settle in the United States, you’ll find food that is familiar to you and food that is unlike anything you’ve tasted before. The same can be said about your new life in a new country. We encourage you to embrace the new as it will give you a better sense of the American people and their culture. Ask your new American friends about their favorite American meals and share with them foods from your country. Food has a unique way of bringing people together, creating new experiences, and establishing a common ground.