An immigrant’s path to entrepreneurial success in the United States 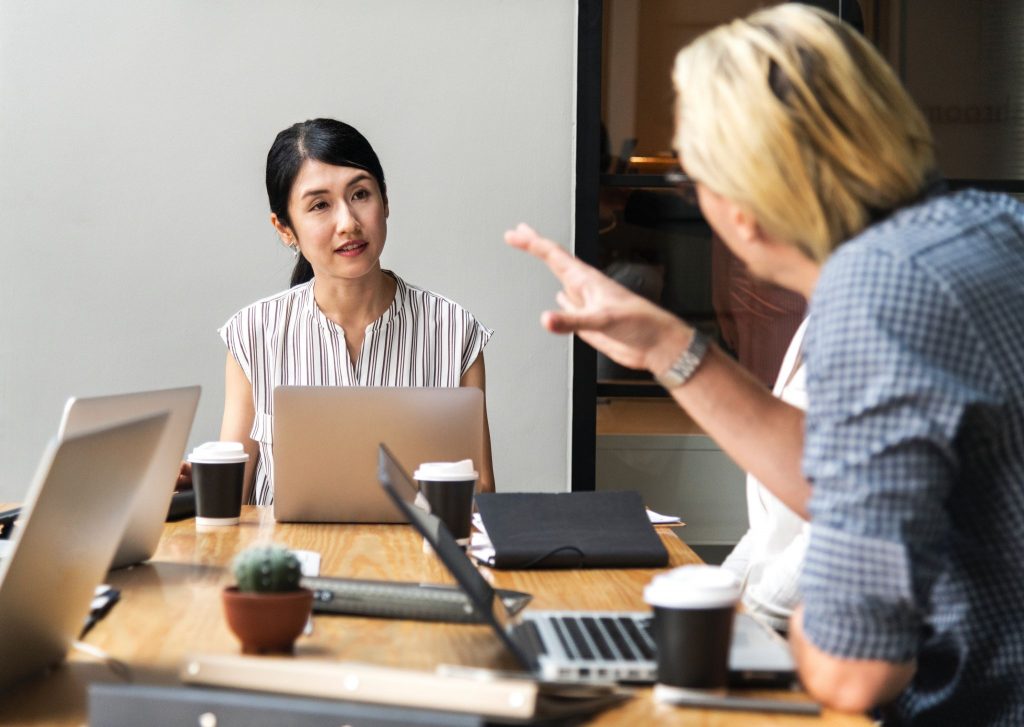 What do Fortune 500 companies such as Tesla, Yahoo, Airbnb, Google, Kraft Foods, and Kohls have in common? They were founded by immigrants or the first generation children of immigrants. A study by the Kauffman Foundation found that immigrants were twice as likely to start a business than native-born American citizens.

Some theories suggest that immigrants who come to the United States become successful entrepreneurs because they have no other options. Immigrants are often faced with discrimination or have difficulties being hired at a US-based company, and out of necessity create their own business. To their advantage, immigrants can better identify underserved markets and untapped opportunities in the United States. Their cross-cultural experiences, drive, and motivation enable them to think more creatively and not be limited by how things have always been done. This ability gives way to successful business ideas and innovations.

While successful immigrant entrepreneurs bring innovation and opportunity to the United States, the US is one of the few industrial economies that does not have a clear visa path for foreign-born entrepreneurs. The difficult visa path can deter bright and talented individuals and lead them to pursue their business in other countries, causing the US to miss out on the potential economic contributions including the creation of new American jobs.

The value of immigrant entrepreneurs

A study by the Center for American Entrepreneurship shows that first-generation immigrants or children of immigrants founded 43 percent of the Fortune 500 companies in 2007. These companies created jobs for 12.8 million people and have accounted for $5.3 trillion in global revenue. Foreign-born entrepreneurial success isn’t limited to the United States, in fact, according to data collected by the Global Entrepreneurship Monitor, 69 countries that were surveyed reported a higher entrepreneurial activity among immigrants than among native-born citizens.

Immigrants have often led the way in the United States with technology, science, and medical advances. Countries such as Canada, France, Italy, Spain, Ireland, Portugal, United Kingdom, and Australia recognize their value and have created versions of an entrepreneur visa or other initiatives to entice foreign-born idea makers.

Immigrants bring an outsider’s perspective to the creative space and with it the opportunity to propel a static industry forward. By embracing that perspective instead of fearing it, the United States can benefit by higher rates of innovation, a larger concentration of high-tech businesses, more American jobs, better incomes, and a substantial boost to the economy.

While most immigrants come to the US on an employment-based or student visa, those wanting to come to start a business have a different path to follow. Currently, there are two common visa paths to pursue:

The two paths come with their own set of stipulations and possible roadblocks that may discourage prospective start-ups from making a home in the US. A potential third path published by the Obama Administration, the International Entrepreneur Rule, presented a more straightforward path for highly-skilled immigrant entrepreneurs. However, during the current Trump administration, the USCIS suspended the implementation of the rule citing that it, “represents an overly broad interpretation of parole authority, lacks sufficient protections for U.S. workers and investors, and is not the appropriate vehicle for attracting and retaining international entrepreneurs.”

The International Entrepreneur Rule (IER), or more commonly known as the “startup visa” provided qualified immigrant entrepreneurs with “parole status” for 30 months or more in the US if they met specific criteria. The applicant must have at least $250,000 from qualified US investors, 10% ownership in the company, the company must be at least five years old, and have evidence of the rapid growth and job creation.

The IER avoided the prerequisite of established success required in other visa options and was well suited to retain business-minded international students after graduation. The IER was initially modeled after the proposed Startup Visa Act that was introduced in 2010 and failed to pass. The Startup Visa Act was the first of its kind to propose a visa category for international entrepreneurs. Previously, the only option for skilled workers required sponsorship by a US company without allowing for immigrant founders to sponsor themselves.

While the IER had much potential for immigrant innovators, it also carried some pitfalls. The IER did not lead directly to permanent resident status. At the end of the parole period, the applicant would need to pursue a green card through other means or they would have to leave the country. The Trump administration viewed the stipulations of IER as an inefficient use of agency resources. While there have been various attempts to reform immigration legislation to attract the brightest minds, for now, the E-2 and EB-5 visa options remain the most viable.

The E-2 visa is for investors who are from a treaty country and have invested a certain amount of capital in a US business. The criteria for eligibility include:

The visa is valid for three to five years and can be extended indefinitely. Once your visa expires, you must return to your country of origin or change your visa status. While you hold an E-2 visa, USCIS does not allow for you to apply for a green card, or otherwise known as “dual intent.” However, you may change your status to an EB-5 visa which allows for dual intent. An immigration lawyer who specializes in employment-based visas can help walk you through your options to obtain permanent residency.

The EB-5 investor program provides a path to green card status for immigrant investors who invest between $500,000 and $1 million in a US-based company and creates at least 10 American jobs. Similar to the E-2 visa, additional criteria for eligibility include:

In this category, you have two years to create the required amount of jobs and continue to meet the requirements or lose your green card eligibility. You may choose to invest your capital in any company within the US or through a regional center. Regional centers are for-profit businesses approved by USCIS that gain their funding through an investor pool. Other applicants choose to focus their business opportunities in rural communities which require the minimum investment of $500,000.

The EB-5 Investor Program is an expensive option and requires extensive evidence to establish eligibility. It is worth the investment to consult with an immigration lawyer before choosing this path.

Helping to solve the challenges for immigrant entrepreneurs are incubation programs. These programs assist startups with the resources they need for a successful beginning, such as training programs, networking connections, venture capital, or office space.

Examples of immigrant-focused incubator programs include:

Programs like these understand the vision and opportunities that immigrant visionaries bring to the United States. An article about Unshackled Ventures illustrates the success that immigrant incubator programs hope to bring to fruition, “One of our portfolio founders grew up in a small village without reliable access to water. Instead of giving in to the challenges, he became an expert in technology and business. By the time he turned 28, he received his master’s degree from USC, published seven books on artificial intelligence (AI) and is now leveraging that technology to help American water facilities prevent infrastructure failures that can result in the loss of billions — in both water gallons and profit dollars, annually.”

The United States has long had a track record of attracting the biggest and brightest minds across the world. But without clear avenues for entrepreneurs to make the US their home, the spot at the top will be threatened by the rise of entrepreneurial immigration programs in other countries. Programs like incubators offer one alternative to help ambitious immigrants achieve success in the United States.