Nine must-read books about the immigrant experience in the US 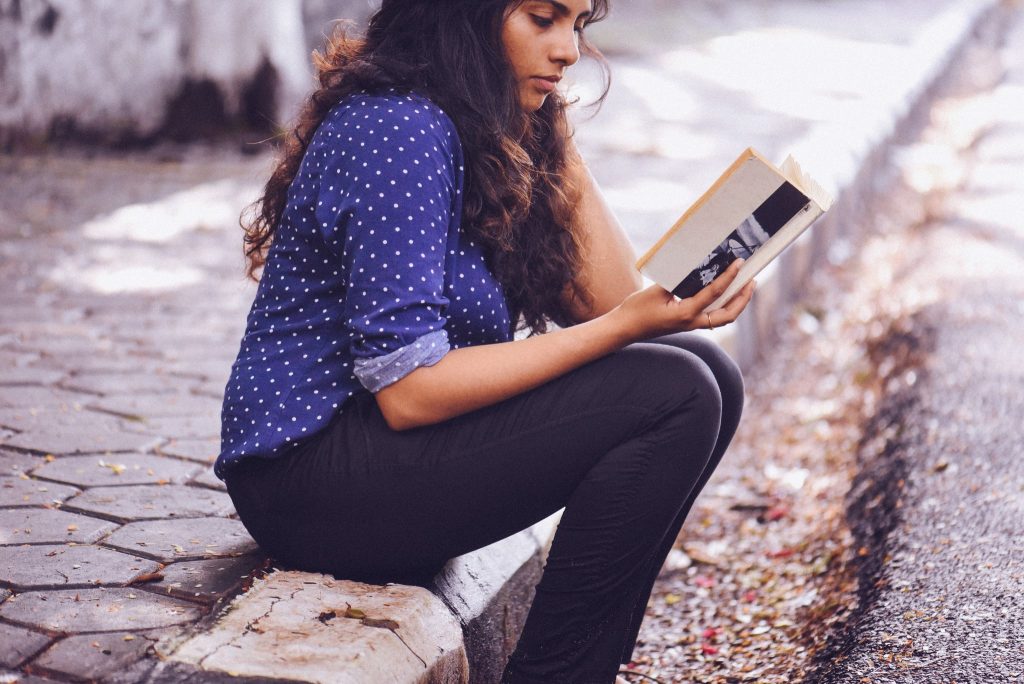 If you struggle to put into words how you feel about living in a new country, try reading someone else’s story.

Reading a similar story to your own will confirm and awaken your feelings on your life in America. Reading books will give you a sense a validation. It’s like the authors are all telling you, “Hey, it’s ok to feel this way, because we’ve been there and we felt it too.”

Not only can books help you vocalize your own thoughts, but they can also offer a new perspective, give you some insight on other problems immigrants face, and even help you perfect your English.

So, here are our nine must-read books about the immigrant experience in the US. We hope that the books listed below give you a better understanding of other immigrant’s experiences and a boost of confidence in your new life.

1. The Beautiful Things That Heaven Bears

This book gives a pretty realistic view of an immigrant’s struggle to achieve the American dream and find love in his new city.

The main character, Sepha Stephanos, didn’t plan on coming to the US. He was forced to flee his country after protesting the Ethiopian government when he was a student.

After moving to Washington DC, he had a hard time making a living for himself. He opens up a convenience store in a section of the city that is starting to attract wealthy white residents where he meets his new neighbor Judith, who is also white.

Eventually, his and Judith’s relationship begins to border on romantic. Sepha’s immigrant friends give him a reality check on whether a real relationship with Judith is even possible, given their social differences. After a while, the neighborhood and his store start to fall apart, and he struggles to be successful in a country that views him as an outsider.

There is a happy ending for Sepha, but you’ll have to read it to find out 🙂

Americanah takes on a wide variety of themes – what it means to be black in the US, the politics of natural hair, interracial relationships, what it means to leave your native country and return after many years – and wraps them all up in a love story.

The title of the book, Americanah, literally means someone who has lived in the US for so long that they forget some of the nuances of being Nigerian. The story is about a young Nigerian woman’s experience in theUS as a student and her eventual return home.

The main character, Ifemelu, hopes that her childhood love, Obinze will join her in the US. He ends up in England, and they try to keep in touch throughout 15 years of separation. Eventually, Ifemelu and Obinze both end back up in Nigeria. Ifemelu tries to integrate back into her native culture despite her new American ways.

3. The Book of Unknown Americans

This book will remind you that every single person coming to the US has a different and sometimes difficult story to tell.

Maribel’s father is the owner of a construction company in Mexico. One day while helping her father at work, she suffers a near-fatal accident. Not being able to get the help she needs in Mexico, her family moves to the US. Her parents have a tough time adjusting to their new lives but find comfort in surrounding themselves with other Hispanics in their American apartment community.

This quote from the book accurately sums up their feelings of displacement: “We’re the unknown Americans, the ones no one even wants to know… because they’ve been told they’re supposed to be scared of us.”

While she’s recovering, Maribel meets Mayor, an immigrant from Panama. As Maribel and Mayor bond, both of their families grow closer together and share their experiences of leaving their homes behind.

4. In The Country We Love: My Family Divided

By Diane Guerrero and Michelle Burford

“Just as one moment can bring despair, it can also lead to a powerful new beginning. A different life. A dream for moving onward and upward rather than backward.”

This book is a page turning autobiography from Diane Guerrero, who you might know as Maritza from the popular TV show, Orange is the New Black.

Diane tells her story of how her parents were deported back to Columbia when she was 14. Because she was a US citizen, she was allowed to stay.

When her parents were taken away, no government agency contacted Diane to offer any help as to where this 14-year-old girl was to live or be cared for without her parents. She felt as if she didn’t even exist to the only country she has ever known. Luckily, she had a family friend who took her in and cared for her while she continued her schooling and supported her dream of becoming an actress.

Guerrero acknowledges that she was one of the lucky ones: many families are left in hard situations when citizen children are left behind, and undocumented parents are deported.

If you have a citizen-born child or a child who was too young to remember their native country, this book can help you have a better understanding through the child’s perspective.

The main character, Gogol Ganguli is a son of Indian immigrants from Calcutta. He struggles to live up to the name he was given at birth and to foster a real relationship with his traditional parents. He doesn’t understand or feel comfortable with his parents’ traditions and culture. Gogol’s parents want to him to respect their Hindu culture, but Gogol finds it stifling.

Gogol’s mother, Ashmina, tries throughout the story re-create the culture she had left behind by hosting gatherings with other Indian transplants. You can feel Ashmina’s loneliness; having to leave behind everything she knows and loves to makes a new life in a strange place while watching her son grow up Americanized.

6. Funny In Farsi: A Memoir of Growing Up Iranian in America‎

This book is a great to read if you’re the type of person who wants to find humor in every situation. It will help you laugh at the awkward situations you might find yourself in when trying to understand the people in your new country.

Immigrating to America as a child in the 1970s, Firoozeh has to adjust to keeping her same Iranian traditions, language, and culture in her home but having to be a whole other person when interacting with Americans.

Her father’s love of America began as he was a college student in Texas. He returned to Iran after college, and many years later, a job opportunity brought him and his family back to America. He always told Firoozeh that America was the land of clean bathrooms and everyone had a chance to become an important person.

Everything was going well for the family until the Iranian revolution in the late 1970s. Racism struck the family hard, and her father lost his job.

But as funny stories go, the family never stays down for long.

This book is a look into the author’s views of what the current cultural landscape of the US has become. When he first came to the US in 1962 from Guatemala, the country was much different than it is today.

The author’s father always told him to “never forget where you came from,” but he found it hard since he was cut off from all his family back in his native country. The cultural and language gap was pretty wide considering back then he could count on one hand how many Guatemalans he knew.

Fast forward to present day and Spanish-speaking residents are so common in Los Angeles, the author writes, “you can close your eyes and feel the rural provinces of Mexico and Central America come to life…in the voices and the music of the people who live here.”

The book will make you think about what it means to be an American now as cities start becoming more ethnically diverse. The author writes, “What it means to be an American citizen and what makes you a citizen, has been a fluid concept through this country’s history.” In the past, being American meant that you stopped speaking your native language and started to dress and act like other Americans. Now the definition has become less defined.

Girl in Translation tells a hard story of the harsh lives some immigrants are willing to live if that means they get to live in the US.

This story brings a better understanding of the countless immigrants who struggle to succeed in the US and honor the duty to their family, all while being surrounded by a language and a world they barely understand.

Kimberly and her mother immigrated to Brooklyn, New York from Hong Kong and are forced to live in filth and poverty in an apartment that Kimberly’s aunt rents to them. Her aunt is a terrible person who forces them to work in the sweatshop she owns to pay off their debts. Kimberly’s mom struggles to learn English, and it means that Kimberly has to grow up quick and be able to handle adult transactions and the care of her mother.

The only good thing about Kimberly’s life is that she is a math genius. Her teacher recognizes this and helps get her into a prestigious school, despite the fact that Kimberly still works long, hard hours in her aunt’s sweatshop.
She eventually has to choose between staying and caring for her mother or pursuing her dreams that her math abilities provide.

This book has no words. Literally. It’s a story told only with pictures. It is about a husband who leaves his wife and child behind to start a life for them in a new country. Because he doesn’t know the language in his new country, he articulates his thoughts and feelings through pencil illustrations. He shows you through his eyes how he feels to be in a strange land. His story is truly beautiful.

Share these stories with your family and your new American friends. Encourage people to talk openly about what it means to be an immigrant in the US. Hopefully, these books can inspire you to tell your own immigration story.

If you have a story of your own you’d like to share, we encourage you to tell it in the comments below.

If your story is unfinished or has hit a roadblock with immigration difficulties – please reach out and let us know how we can help you live the American dream to the fullest. usvisagroup.com/#contact