Say what? Phrases that often get lost in translation 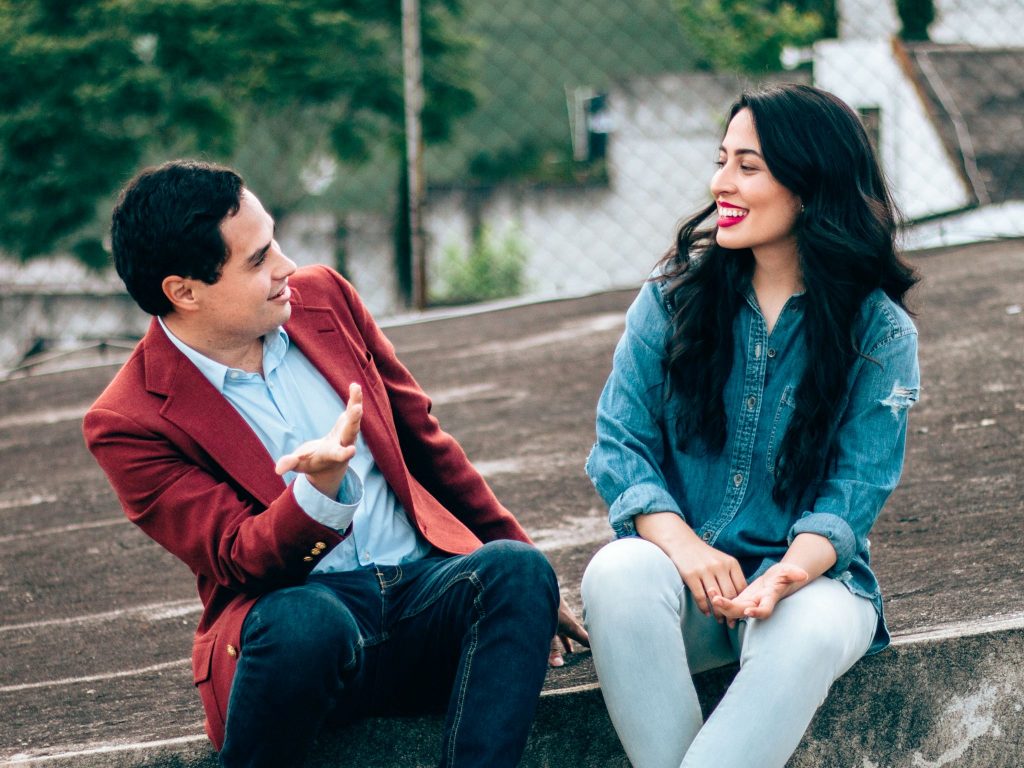 Conversational American English may be one of the hardest languages to master—so many of its words and phrases have meanings that can’t be translated literally.

By the time you’ve come to the United States and made your home in Oklahoma, you may think you’ve got the American language “down pat” (meaning to understand or memorize something fully)… Until you overhear a word or phrase in conversation, and you’re like, “Hold on, what?” (meaning, “Can you clarify?”). Perhaps even reading this paragraph has you “tripping up” (confused) on a few of those words.

It’s one thing to learn proper American English, but it’s a whole other experience when phrases, sayings, and other colloquialisms come into play. To help you avoid some miscommunications and misunderstandings, we’ve compiled a list of 21 common phrases and sayings you may come across when you’re talking with Americans.

And because we hope that you have meaningful conversations and don’t get lost in translation as you’re building your life in Oklahoma, we’ve even included some of our favorite Oklahoman phrases that leave people from other states scratching their heads in confusion.

Bang for your buck

This phrase is mostly heard in American advertising. Someone on TV may claim that by switching to their service or buying their product, you are getting the most “bang for your buck,” which means you’re getting more value for your money.

A buck is one American dollar. For example, if you heard someone say, “I was fixin’ to buy a ticket to the Bedlam game, but it costs almost 200 bucks” that means that the ticket they want to buy costs 200 dollars.

Between a rock and a hard place

This expression means that you’re in a situation that has no good outcome.

Climb on the bandwagon

Sometimes said as “Jump on the bandwagon,” this phrase means that you are joining a cause after its success, or you support an idea after it’s gained popularity. An example could be becoming a fan of a sports team after they’ve won a big game, especially if you’ve never cheered them on before their win.

You may run into this phrase when someone is referring to quitting some kind of behavior. If they quit “cold turkey,” it means they suddenly stop that behavior and never do it again. This phrase is often used when someone quits smoking without any aids or without gradually smoking less.

The customer is always right

This phrase is more an understanding of American customer and supplier relations, rather than something said conversationally. “The customer is always right” means that an American retailer’s job is to make sure their customer is happy and their customers’ issues and complaints are taken seriously.

That is, if someone is at a restaurant and they don’t like the meal they just ordered, they can tell their server that the food was too cold. The server should take it back and bring out another meal, no questions asked, whether or not the meal was actually cold. You may not find this understanding being practiced in all monetary exchange situations, but it is generally the custom in the United States.

This is a common saying for Americans mostly under the age of 40. It is an expression of apology. For example, if someone accidentally steps on your toe or knocks into you when passing you by, they may say, “My bad,” instead of “Excuse me” or “I’m sorry.” It can also be used if someone misheard something you said, as in, “My bad, I thought you said…”

Play it by ear

You’re most likely to hear this phrase when someone is talking about an event or action in the future. In a conversation, you may ask someone what their plans are for the weekend, and they could respond by saying, “I don’t know, I think we’ll play it by ear.” They mean that they don’t have any plans, and they’ll figure it out as the weekend progresses.

This is another idiom that is most likely said by the older generation of Americans. It means to put a lot of manual effort into something. If you are scrubbing a stain that is really hard to remove, you’re using “elbow grease.” It’s not actual grease—it means using a lot of effort.

“Awesome” usually means really fantastic or amazing. It some rare cases, it could also mean really hard or intense—this is another instance where the meaning of the word depends on context clues. More often than not, though, it will refer to something that’s amazing, like our Thunder team. ☺

If you are talking to your friend about your bad day or some other complaint, your friend might nod in agreement and say, “I hear you.” You could be thinking to yourself, “Well, of course you did, I wasn’t whispering.” What they mean is that they agree with you or understand what you are saying.

This is a colloquial phrase, and its definition has changed over time. Currently, it’s a casual way that Americans use to refer to each other, regardless of gender. You may hear something like, “Dude, I know!” or “Dude, can you believe that?”

In the 1980s and 90s, “dude” was used to refer to a man and the word was most popular with particular groups of people, like men who surfed. Even earlier than that, one of the original uses for “dude” was during the settling of the western parts of the United States. It meant someone who left the city and moved to the west without knowing how to manage the lifestyle of the west.

Bent out of shape

Did you imagine the boss twisting his body or a woman doing backflips? No need for concern—“bent out of shape” means to be mad or upset about something.

This word means disappointed. You could say, “Dude, I was really bummed when the Thunder lost. I got pretty bent out of shape about it.” Your new American friends will undoubtedly shake their heads in agreement and say in response, “Dude, I hear you.”

You’re in a conversation with a friend or co-worker, and in the middle of it, they say “Do what?” Your response may be, “I don’t know, what we are doing?”

“Do what?” is often slang for not understanding what someone is saying, or a response if the person didn’t hear everything that someone said.

Welcome to Oklahoma, otherwise known as tornado alley. A “hidey hole” or “fraidy hole” is a storm shelter or any safe place that you go to shelter from the inclement weather.

In the United States, the term “sack” could have many meanings, from losing one’s job, a play in an American football game, or a bed. In Oklahoma, “sack” also has another meaning—it means a bag for your purchased items. If you are at a check-out counter and the cashier asks you if you’d like a sack for that, they are asking you if you’d like a bag to put your purchases in.

As you can see, to understand which version of “sack” is being used, you’ll need to pay attention to the context clues. If someone says they are going to “hit the sack,” they are talking about going to bed. If they are talking about “sacking the quarterback,” they mean tackling in a game of football. If they say something along the lines of “I got sacked today at work,” they have been fired from their job.

When you hear the word “sack,” be sure to listen to what the conversation is about to help prevent misunderstandings.

Don’t bother looking up this word in the dictionary, or trying Google Translate, because you won’t be able to find the Oklahoma definition. A buggy in Oklahoma is a shopping cart used in the grocery store—you know, the kind you put “sacks” in. ☺ You may not hear this word too often, as it is more common in the rural parts of Oklahoma, but now you’ll be prepared if you do.

Once you’re settled in Oklahoma, it won’t take too long before you hear about the Thunder—Oklahomans are so proud of their hometown major league basketball team. Basketball is the one sport in Oklahoma that unites everyone.

“Thunder up” means to get excited about cheering on our home team. As in, “We’re going to go thunder up at the game tonight.”

Oklahoma is home to two well-known universities: Oklahoma State University, otherwise known as OSU, and University of Oklahoma, better known as OU. The two schools are only an hour and a half apart, and they share a good-natured rivalry when it comes to their sports teams, especially American college football. The competition between them is often referred to as “Bedlam.” A Bedlam game between the two schools is played every year to determine which school is the best. Whether you bleed crimson and cream for OU or have your pistols firing for OSU, this is one issue where you have to choose a side. But all in good fun, of course.

This is a common saying with the older generation in the southern parts of the United States. You may hear someone’s grandmother say they are “fixin’ to go to the store.” Or you may hear that someone is “fixin’ to tell someone about something.” No, they aren’t literally fixing or repairing anything—it means that they are getting ready or preparing to do something.

The United States is full of colorful language that often does not have literal meanings. There are so many words and phrases that we say every day that you won’t find in a dictionary. One of the best ways to better master the American language is to make American friends, because the more you get involved, the more you’ll fit in and find success in your new life.

Read more from our blog for other tips and advice on living your best life in Oklahoma.