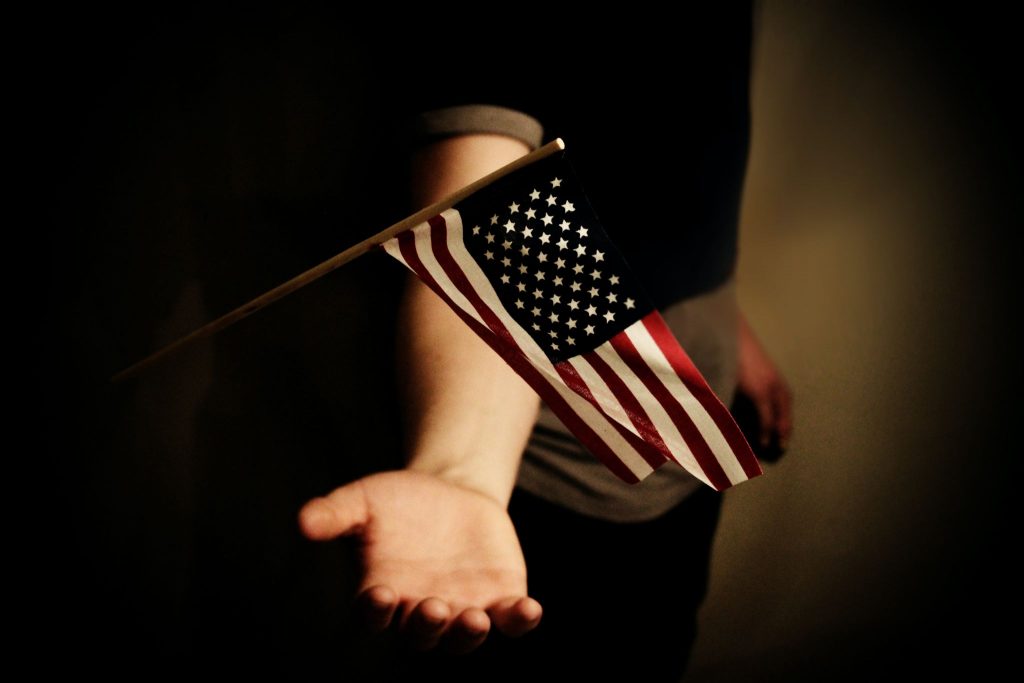 Congratulations on making it to the final step before becoming an American citizen! Your long immigration journey has now brought you to the naturalization interview and citizenship test. During this process, you’ll undergo a two-part test that assesses your basic understanding of the English language and American civics.

Understanding the English language is an essential part of integrating into American society. English is the primary language of the United States and is the language used on all road signage and many official documents and communications. Having a grasp of the language makes for an easier transition into your new American life. The test does not require you to be fluent but aims to ensure you know enough English to accomplish everyday tasks.

The purpose of the civics portion of the citizenship test is to demonstrate knowledge and understanding of the fundamentals of American history and government. The citizenship test was thoroughly developed over a multi-year period with the input of more than 150 organizations, including English-as-a-second-language experts, educators, and historians. The overall goal of the test is to demonstrate your commitment and investment into becoming a productive and involved citizen of the United States.

Components of the citizenship test

A United States Citizenship and Immigration Services (USCIS) officer will ask questions about your naturalization application and background during your naturalization interview. During this time, you will also take an English and civics test to determine your eligibility to become a United States citizen. The English test demonstrates your understanding of the English language, including the ability to read, write, and speak basic English. The civics test requires you to answer basic American government and history questions.

The English test begins with the USCIS officer asking a few questions about your naturalization application. You must respond to the answers in English. To test your English reading skills, the USCIS officer will ask you to read aloud one out of three sentences provided to you. The content will involve American civics and history topics. To determine your English writing proficiency, the officer will dictate three sentences in English. You will be asked to correctly write down one out of the three sentences.

During the civics portion of the test, you will be asked ten questions regarding US history and government out of a possible 100-120 questions. These are not multiple-choice questions, and you must answer at least 60% of the questions correctly to pass.

The English language requirement for naturalization is waived for some applicants because of age or status as lawful permanent residents. For these applicants, the civics test can be taken in the language of their choice. Certain medical conditions may also be considered for test exemptions.

There are two groups of applicants that qualify for an English test exemption due to age:

Age-exempt applicants who choose to test in their preferred language must be accompanied by an interpreter during the interview. Applicants 65 years of age or older are also exempted from studying all the 100 civics test questions provided by the USCIS. Instead, they only need to study 20 civics questions, usually marked with the asterisk sign (*). On the day of their naturalization test, they will be asked 10 out of the 20 questions and must answer six correctly to pass.

Applicants who have a medical condition that has lasted or is expected to last for at least 12 months can apply for an exemption. These conditions include:

The applicant must file Form N-648, Medical Certification for Disability Exemptions, along with Form N-400, Application for Naturalization. Special accommodations can also be made available for conditions such as:

For more information, visit the USCIS Exceptions and Accommodations page.

Between December 2020 and March 2021, all applicants were required to take the 2020 version of the civics test. The USCIS updated the test as part of a decennial test review and update process. However, it was determined that the 2020 civics test development process, content, testing procedures, and implementation schedule might inadvertently create potential barriers to the naturalization process.

As of June 2021, the cumulative pass rate for applicants who took both the English and civics test components is 91%. Being prepared and knowing what to expect can take the stress out of your test day and give you the confidence you need to have a successful experience.

The English component will examine your ability to read, write, speak, and understand English. There are three parts – a speaking test, a writing test, and a reading test. The USCIS will provide you with a digital tablet you will use during your reading and writing tests. Some common mistakes are allowed as you are not expected to be fluent in English.

For the speaking portion of the test, the USCIS officer’s questions will be based on your naturalization application with questions like, “How long have you been in the United States?” or “Where were you born?” In the reading test, you will use the digital tablet to read aloud sentences to the USCIS officer. To pass, you must read one sentence correctly out of the three that appear on the screen. To help you prepare, the USCIS offers a list of vocabulary words to study. Some vocabulary words include “American Flag,” “United States,” and “Independence Day,” as well as verbs such as “can,” “vote, and “want.”

The writing portion of the test may include some of the same vocabulary words as the speaking test and simple words commonly used in the English language. A list of writing words to study is available on the USICS website. Grammatical errors, misspellings, and punctuation errors are expected and permitted. During the test, the USCIS officer will say a sentence. You will need to write the sentence on the digital tablet provided. To pass, you need to write one sentence out of three correctly. You can write numbers in their numerical form, but you can not abbreviate words.

During the civics component of your test, you are expected to demonstrate knowledge of US history and government. The USCIS provides a series of 100 test questions to study. You must answer six out of 10 questions correctly to pass.

The civics test is not multiple choice. Instead, the USCIS officer will pick the questions depending on your age, educational background, and how long you’ve lived in the United States.

USCIS provides several free study resources and guides online for the English and civics tests, so you can make sure you are well prepared.

Seven study tips to pass the US citizenship test

Now that you know what to study, you may need a refresher on how to study. Here is a list of study tips to help you retain the information you need to pass.

What happens after you take the US citizenship test

You will know the results of your citizenship test immediately after taking it. If you pass, your naturalization application may be approved on the same day. However, USCIS may take an average of 120 days to make a decision. Once your application is approved, you will attend a naturalization ceremony to take an oath of allegiance, receive your certificate of naturalization, and officially become a United States citizen.

If you fail the test, you will have one other opportunity to retest between 60 and 90 days from the date of your initial interview. Your naturalization application will be denied if you fail either the English or civics test on the second attempt. You may appeal this decision by writing to the USCIS within 30 days of receiving your denial decision. We recommend consulting a reputable immigration attorney for your best chance at winning your appeal.

We wish you the best of luck preparing for your citizenship test!