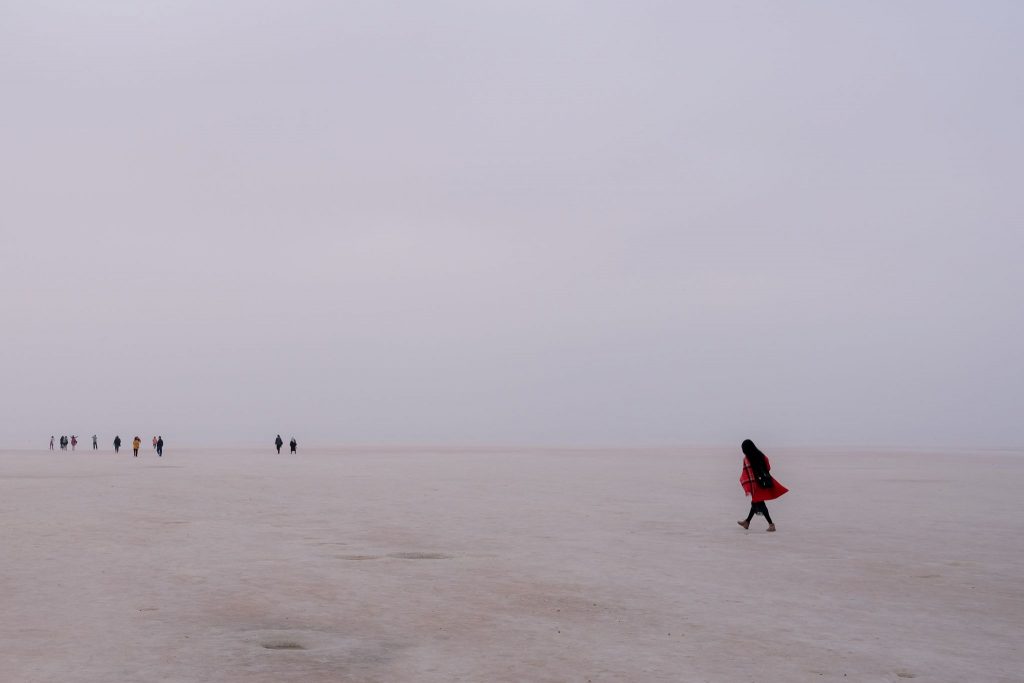 The recent conflict between Ukraine and Russia could result in “Europe’s largest refugee crisis this century,” declared by United Nations Refugee Agency (UNHCR). Currently, it is believed that more than 2 million refugees have fled Ukraine to neighboring countries.

While there is currently no word on how many Ukrainian refugees the United States has committed to taking in, the Biden administration recently announced that it will offer temporary protection status to Ukrainians already in the US. Temporary Protected Status (TPS) will allow Ukrainians currently in the United States to continue legally living and working in the US for the next 18 months. TPS is typically offered to citizens of countries suffering from natural disasters or armed conflict.

The United Nations Refugee Agency estimates 26 million people worldwide are refugees. Since 1975, The United States has accepted over three million refugees. Just last summer, the United States made accommodations to take in more than 76,000 Afghan refugees after the fall of Kabul.

It takes on average two years for a refugee to gain resettlement permission in the United States following multiple background checks, interviews, and health screenings. However, once they arrive, the United States government provides many programs and resources to help refugees build a new life and a renewed sense of security.

Understanding the difference between refugees, asylum seekers, and migrants

According to Amnesty International, the terms’ refugee’, ‘asylee,’ and ‘migrant,’ while often interchanged, have different legal definitions. The major difference is the person’s location at the time of their request for entry into the United States.

The first step in receiving refugee status in the United States begins with the UNHCR, the UN Refugee Agency. You must register as a refugee with the UNHCR in the host country where you are currently residing. You will need to prove who you are and why you were forced to flee your home country. Once UNHCR has approved your refugee status, they will refer you to a new country for resettlement. While you cannot ask to be sent to a particular country, you can indicate which countries you would not like to be sent to.

If you left your home country and headed straight to the United States, you can apply for asylum at a port of entry or within the US by filing Form I-589, Application for Asylum, and for Withholding of Removal. Refugees and asylees also differ in the admissions process used and the agencies responsible for reviewing their applications. Read more about the asylum process in our article, “Applying for asylum in the United States? Here’s what you need to know.”

The US Refugee Admissions Program (USRAP) determines overall admission levels and regional allocations of all refugees for the upcoming fiscal year. It works with the UNHCR to resettle refugees into the United States. If you are referred to the United States by the UNHCR, it does not mean automatic entry into the country. Your application must be reviewed and accepted by a USCIS officer.

According to the United States Citizenship and Immigration Services (USCIS), a priority is established to determine which of the world’s refugees are of special humanitarian concern to the United States. A priority system creates an order to when a refugee applicant has the opportunity to interview with a USCIS officer. However, the priority order does not guarantee acceptance. Process priorities are:

The next step to receiving refugee status in the United States is an interview with a USCIS Refugee Officer. An intermediary organization known as the Refugee Support Center (RSC) will help you prepare and schedule your interview, fill out necessary applications, gather important documents, and comply with the required security checks before your interview.

If you are approved for entry after your USCIS interview, you will receive a medical exam, a cultural orientation, help with your travel plans, and a loan for your travel to the United States. If you are denied, you may request that USCIS reviews the denial. You must submit your request to the RSC, who will forward it to the USCIS. You must file your request within 90 days of your denial. If you find yourself in this situation, we recommend requesting the assistance of a reputable United States immigration attorney for your best chance of approval for entry.

Once you arrive in the United States, The State Department’s Bureau for Population, Refugees, and Migration (PRM) has a Reception and Placement (R&P) assistance program to coordinate when and where you are resettled in the United States. When you arrive, local affiliates greet you at the airport, take you to your new home, and discuss the resources available to you.

The R&P Program is limited to the first three months after arriving in the United States. After that, however, you may receive more extended support through referrals from the Department of Health and Human Services’ Office of Refugee Resettlement. In addition, the Office works with states and other non-governmental organizations listed below to offer a support system to new refugees, including short-term cash and medical assistance, case management services, English as a Second Language class, job readiness, and employment services.

As a person admitted to the US as a refugee, you are provided employment authorization to work in the United States, but you may need financial assistance in the short term. One of the core services offered by the US Refugee Resettlement Program is cash assistance. The US government’s Office of Refugee Resettlement (ORR) offers financial assistance for the first eight months in America through programs and services, such as its Cash and Medical Assistance (CMA) program. The services provided may help pay for rent, furnishings, food, and clothing.

ORR also offers a Matching Grant Program available through various refugee resettlement agencies. These Matching Grant programs help provide monthly financial support with a goal to get refugees financially independent within the first four to six months of arrival. To be eligible for cash assistance, you must prove your refugee status, participate in work training, and meet income requirements.

As part of the initial financial support for refugees, your rent is provided for 30 to 90 days. After three months, you can use your monthly financial assistance for rent or housing, but it likely will not cover the total amount. You may also qualify for Section 8 housing assistance if you are making below the income limit for the area you reside. You are also eligible for almost all social assistance programs in the United States, including the Supplemental Nutrition Assistance Program (SNAP) that supplements your family’s food budget.

If you find yourself in a refugee situation, please know that there are many organizations around the world dedicated to helping you and your family rebuild your lives in a safe and welcoming new environment for as long as you need it.