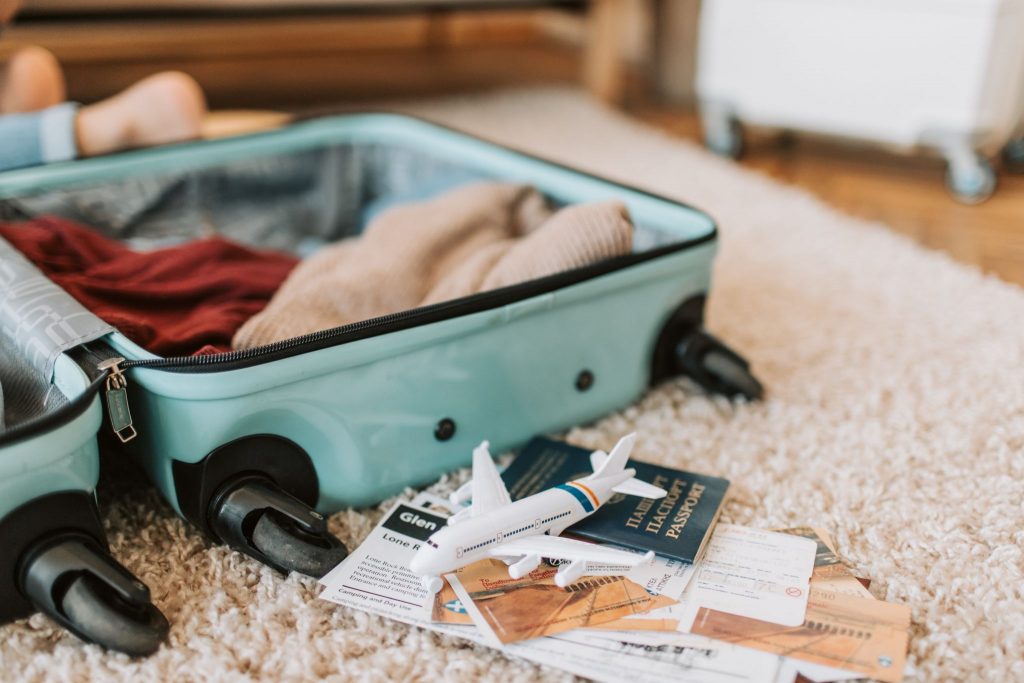 The Biden Administration has proposed an ID program for undocumented individuals arriving in the United States through Mexico’s borders. The program is part of an effort to modernize the documentation process for noncitizens, which hasn’t been updated since President Obama’s 2015 Presidential Memorandum, “Modernizing and Streamlining the US Immigrant Visa System for the 21st Century,”

Program participants will be able to expedite the immigration process by avoiding long lines for court hearings and having to register in person at government offices throughout the process. In addition, introducing a national identification system could simplify the current immigration system and improve communication between law enforcement, undocumented immigrants, and government officials.

Details of the ID card referred to as the ICE Secure Docket Card (SDC) has yet to be finalized, and the program still needs to be approved by Congress. Meanwhile, let’s explore the program in more detail to dispel a few myths.

According to an ICE spokesperson, the ICE secure docket card program is part of a pilot program to modernize various forms of documentation provided to noncitizens through a consistent, verifiable, secure card. The card, similar to a photo ID, will include the individual’s name, nationality, and a QR code for access to a portal with relevant immigration information. In addition, users can use the portal to update information and check in with federal authorities throughout their immigration cases or removal proceedings.

The secure docket card would allow authorities to verify whether an immigrant was released from custody “and/or charged as removable from the United States,” according to ICE. The Department of Homeland Security plans to pilot the SDC program by the end of 2023. However, for this to happen, the House and Senate would need to approve the program’s $10 million proposed budget, and a pilot notification requirement would need to be completed.

The proposed secure docket card program can offer many benefits to undocumented individuals, as well as state and federal governments. However, myths about the card could stand in the way of Congress approval.

The card does not provide individuals with the privileges of a documented citizen. The card is intended to ease the backlog of tracking individuals who have entered the country illegally and are undergoing removal proceedings. Only some apprehended noncitizens are held in a detention center under government custody. Migrants released from government custody still undergo immigration court proceedings to determine whether they can remain in the United States or be deported.

However, the process can take years and involves multiple check-ins with various immigration agencies. Currently, ICE is monitoring more than 300,000 migrants not held in detention centers through GPS ankle monitors, phones, or an app known as SmartLINK.

Myth #2: All undocumented individuals will receive the secure docket card.

Initially, the SDC will only be provided to migrants not in detention centers who illegally cross the US-Mexico border and are waiting for final decisions on their immigration cases. However, according to an ICE spokesperson, the agency could consider scaling up based on the pilot program’s success.

At the time of this article’s publication, there is no evidence that the cards could be used to obtain benefits or vote in US elections. The ID cards will not be considered federal forms of identification. Secure docket cards will not change the fact that only US citizens can vote in federal, state, and most local elections. Some states require voters to show identification to cast votes. Driver’s licenses are the most common form of identification, and less than 20 states currently provide driver’s licenses to undocumented immigrants.

Michelle Mittelstadt, Director of Communications at The Migration Policy Institute, told Reuters, “Considering noncitizens of all types are ineligible to vote in federal and state elections (and only in small numbers of municipal elections), and the proposed ICE secure docket card by its very nature would be given only to unauthorized immigrants in removal proceedings, it’s out of the question that any federal or state elections administrator would accept the ID as valid to establish voting eligibility.”

Myth #4: The card will grant access to federal benefits.

Regardless of having a secure docket card, undocumented immigrants may be eligible for emergency medical assistance under Medicaid, specific public health programs, and disaster relief assistance.

An Alternative to Detention (ATD) is a program that releases migrants from the custody of border agents and places them in a specific supervision program. Under current law, ICE “may or shall” release noncitizens on a case-by-case basis. Participants in this program often include unaccompanied minors, pregnant women, families with young children, and nursing mothers.

The secure docket card will make it easier for immigrants to check their court dates and reply to immigration officials, a requirement for Alternatives to Detention programs. The SDC also provides a verifiable way for migrants to keep their contact information up-to-date, as failure to do so could result in immediate deportation.

The Freedom of Information Act (FOIA) allows individuals to submit a request to any federal government agency to obtain public record documentation about themselves or others. Immigration attorneys may often recommend a “FOIA request” if their clients have prior contact with immigration either at the border or through immigration court. Individuals can also submit requests for copies of their criminal records if they have been arrested.

In immigration cases, FOIA requests are often made to the Department of Homeland Security (DHS) because DHS houses many other departments that interact exclusively with immigrants. A representative from ICE stated, “Moving to a secure card will save the agency millions, free up resources, and ensure information is quickly accessible to DHS officials while reducing the agency’s FOIA backlog.”

State benefits like housing assistance, healthcare, and transportation often require some form of identification for eligibility. Individuals awaiting the outcomes of their immigration cases would benefit from having ID cards featuring their photos, biographical information, and other official security features. The cards have the potential to provide legal identification that will ease some of the burdens the individuals face daily while awaiting their case decision.

Fact #4: ID programs for migrants are not a new concept.

The migrant ID program isn’t new; similar programs have been implemented locally for years. For example, New Haven, Connecticut, implemented a municipal ID program to resolve a theft problem in their city. Without proper ID, the undocumented were unable to open bank accounts. According to an article by PolicyLink, “As a result, they became frequent targets of theft because it was widely believed that they stored a large amount of cash either on at home or on their person.”

Several cities like Washington DC, Chicago, and San Francisco have similar programs. New York City has the largest local ID program. Called “ID NYC,” the ID is recognized as a valid form of identification by the police. It can also be used to open bank accounts and register for public benefits like health insurance.

The City of Chicago launched the City Key program to increase access to government-issued ID cards. Undocumented immigrants can acquire City Keys, establishing proof of identity in the City of Chicago. City Keys can be used to open a bank account at participating financial institutions, donate blood, rent apartments, apply for building permits, save money on medical prescriptions, ride public transportation, and more.

How the proposed secure docket program would work

While there are no concrete details released yet, these are the guidelines some are speculating.

Advocates claim the secure docket card incentivizes immigrants to check in with officials more often to avoid waiting at physical ICE offices. It would also incentivize unauthorized immigrants to provide accurate information about their location. ICE is currently completing the required pilot notifications to Congress. An ICE spokesperson noted, “The details of the program are still being worked out, but the main goal of SDC is to improve the current inconsistent paper forms that often degrade quickly in the real world.”