The public charge rule – can I accept US government help as an immigrant? 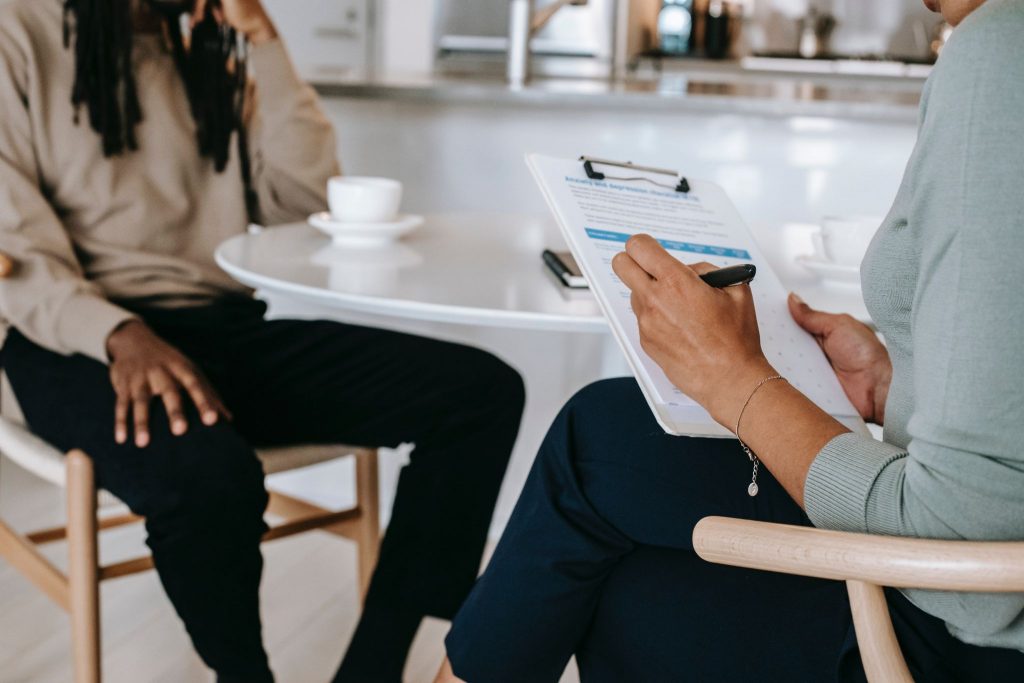 A public charge occurs when a noncitizen receives public benefits that may prevent them from becoming a lawful permanent resident. The definition of which public benefits have changed over the years, with the newest iteration taking effect by the end of 2022. This update is just one of the many ways the Biden administration is working towards undoing some of the more restrictive immigration policies enacted during the previous Trump administration.

Over the past several years, there have been significant policy shifts in defining a public charge that has created anxiety and confusion for immigrants, leading them to unnecessarily avoid essential services, such as healthcare and public benefits programs.

A brief history of the public charge rule

The earliest mention of public charge was part of the Alien and Sedition Acts of 1798. Within the legislation, some formerly enslaved people and free people of African descent were required to “give surety not to become a public charge and for good behavior” to avoid deportation. This early ruling hints at the social and cultural factors that would later become a large part of the notion of a public charge.

“Public charge” first became part of federal US immigration policy when laws passed in 1882 and 1924 specifically excluded Chinese immigrants. The Immigration Act of 1882, passed several months after the Chinese Exclusion Act of 1882, was the first act to regulate immigration at a federal level. The Act permitted the government to prevent any person “unable to take care of himself or herself without becoming a public charge” from entering the country. Nine years later, a revised version of the Act permitted the exclusion of any “paupers or persons likely to become a public charge” and allowed the deportation of any who did become a public charge within a year. During this time, immigration officials considered, at a minimum, an individual’s age, health, family status, assets, resources, financial status, and education and skills when making a public charge inadmissibility determination. However, the federal legislation did not define who should be a public charge, leaving it up to the immigration officials’ determination.

It wasn’t until 1999 that the term “public charge” had an official definition. The Department of Justice issued a Field Guidance on Deportability and Inadmissibility on Public Charge Grounds, which defined a public charge as “an alien who has become or is likely to become primarily dependent on the federal government for subsistence as demonstrated by either (i) the receipt of public cash assistance for income maintenance or (ii) institutionalization for long-term care at government expense.“ The guidance further clarified that immigration officers could not place any weight on the use of Medicaid, the Children’s Health Insurance Program (CHIP), or other non-cash programs when determining admissibly or the adjustment of status.

Under the 1999 Interim Field Guidance, the possibility of a noncitizen becoming a public charge was based on:

The public charge rule under the Trump Administration

Since 1999, immigration officers had interpreted a “public charge” as referencing applicants who are likely to be primarily dependent on the federal government. During the Trump administration, a new policy was issued revising and widening the interpretation to include noncitizens who have used various other government assistance programs, including housing and health care subsidies. The final regulation of the policy was published in August 2019 and went into effect in February 2020.

Under the 2019 final ruling, immigrants were no longer eligible to receive government benefits such as cash benefits for income maintenance, most forms of Medicaid, participation in the Supplemental Nutrition Assistance Program (SNAP), or certain types of housing and rental assistance. In addition, the ruling also targeted noncitizens who earned less than 250% of the federal poverty line, which in 2020 was the federal poverty line was $65,500 for a family of four.

Before this change, noncitizens could be identified as a public charge only if they were primarily dependent on the government because they received cash assistance for income maintenance programs such as Temporary Assistance for Needy Families (TANF) or long-term institutional care such as in a nursing home or mental health institution at government expense. The new policy may have contributed to the dramatically reduced number of people eligible for green cards and other visas. In 2020, about 710 immigrants received legal permanent resident status, down from over a million the year before.

Fear and confusion about the updated 2019 public charge rule led noncitizens to forgo enrolling or disenrolling themselves and their children from many social services. A 2021 Kaiser Family Foundation (KFF) survey of Hispanic adults found that 1 in 4 potentially undocumented Hispanic adults and over 1 in 10 lawful permanent resident Hispanic adults reported that they or a family member did not participate in a government assistance program in the past three years due to immigration-related fears. Similarly, a KFF survey of Asian community health center patients found that over 50% reported not having enough information about how recent immigration policy changes, including the public charge rule, impact them and their families, and 1 in 4 reported that they or a family member in their household avoided participating in publicly-funded health, nutrition, or housing programs in the past 12 months due to immigration-related fears.

The effect of the 2019 public charge rule also had consequences on immigrant families during the COVID-19 pandemic. Research has shown that fear of being considered a public charge contributed to reduced access to vaccines and other medical care, which may have resulted in an increased risk of an outbreak of infectious disease among the general public.

Many noncitizens responded to the tightening rules by reducing use of benefits or services for themselves and their US-born children, regardless of whether those benefits and services were included in the new criteria for public charge. According to service providers, many immigrants back out midway through benefits enrollment if asked to provide additional documentation because of concerns about exposing themselves or family members to public charge determinations.

In March 2021, when the Biden administration stopped implementing the previous administration’s public charge regulations, the 1999 Interim Field Guidance definition of public charge was returned. Under the final rule and the 1999 field guidance, the government will not consider the use of noncash benefits programs, including Medicaid coverage, except for long-term institutionalization when making public charge determinations.

According the 2022 Final Rule, the primary purpose of the 2022 public charge rule is to address the “chilling effects of the 2019 rule on immigrant families’ participation in public programs, including Medicaid and CHIP.” As mentioned in the preamble, “DHS believes that, in contrast to the 2019 Final Rule, this proposed rule would “mitigate the possibility of widespread ‘‘chilling effects’’ with respect to individuals disenrolling or declining to enroll themselves or family members in public benefits programs for which they are eligible, especially by individuals who are not subject to the public charge ground of inadmissibility.”

Essentially, the 2022 regulations codify the guidance that had previously been in place since 1999 after the Trump rule was repealed in 2021. This new regulation will go into effect on December 23, 2022. Until then, the 1999 guidance will continue to be in effect.

Under the final rule, the federal government will only consider participation in the following as a pubic charge:

All other benefits – including SNAP/food stamps, school lunch programs, WIC, rental assistance, healthcare, pandemic relief, unemployment benefits, and housing – are not considered in the public charge test and do not affect immigration applications. In addition, benefits received by an immigrant’s other family members, including their children, will not be considered. This represents a change from the 1999 Field Guidance, which allowed for consideration of a noncitizen’s family’s reliance on public cash benefits as the sole means of support for the family.

The future of public charge

Throughout the history of immigration policy in the United States, the notion of a public charge has seen many iterations. At its start, it was meant to refer to those who could not support themselves without complete intervention by their community. It had evolved to target certain races and more recently has been used to define the usage of specific public benefits.

Biden’s policy change is intended to reduce fears of accessing programs, but it will likely require sustained community-level efforts to rebuild trust and reduce fears among families. Prior experience suggests that outreach and education from trusted members of the community will be important for alleviating fears. Direct one-on-one assistance will also be key for facilitating the enrollment of noncitizens into programs for which they and their children are eligible, including Medicaid and CHIP.

The future continues to remain unclear for immigrant families, especially when in earlier research, some families have expressed concerns that rules may change in the future, despite best efforts to educate. In particular, Medicaid coverage for long-term institutional care continues to be included in public charge determinations, preventing simple and clear messages about Medicaid coverage.

As recent history has demonstrated, executive actions can change relatively quickly, so fears about the future are well-founded. The creation of clearer definitions of public charges, including specifically identifying which benefits and services contribute to one’s likelihood of becoming a public charge, can help deter oscillating policy changes in the future, while providing noncitizens with peace of mind in getting the support they need to live healthy, sustainable lives in the United States.